BWRT is a relatively new model of behavioral psychology that was conceived and created in 2011 by Terence Watts, a leading psychotherapist, author and educator in the UK and is now used by large numbers of clinical psychologists, psychiatrists, counselors and therapists around the world, all getting amazing results. BWRT fits comfortably with current thinking on neuroscience and is determinedly solution-focused thus fulfilling the major requirement of modern therapies.

Perhaps the most important thing about BWRT is that it is entirely scientific and works in quite a different way from slower therapies such as CBT, counseling, or even hypnotherapy which is considered a rapid therapy compared to others. It’s been used successfully for a vast number of issues including (but not limited to): 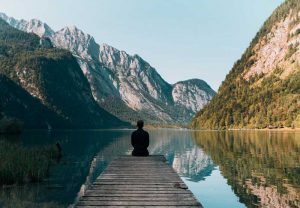 BWRT makes it possible, via a simple technique, to create a new response pattern to any stimulus so that the action the brain triggers is one that we want. The therapy is totally content-free, so the client doesn’t have to tell the therapist about deeply sensitive or intimate issues, making therapy far easier to conduct in a great many situations. The other great thing about it is that we don’t need to know how or when the issue began. Only the strongest memory of the symptom is needed and then we work directly with that memory. BWRT doesn’t use reframes, rewind techniques, symptom desensitization, NLP, CBT, EFT, EMDR or anything to do with eye movement or anything else you may have already encountered. It’s unique, effective and fast. Other therapies seek to modify or remove negative emotional responses while BWRT works in such a way that the response simply doesn’t arise in the first place. It differs from all other types of therapy in that it deals with problems before there is a chance of becoming attached to emotions. All one needs to know is what they feel like now and how they would like to feel instead.

The title ‘BrainWorking Recursive Therapy™’ comes from the recursive looping process that we use, first to focus thoughts, then to cement and strengthen the new behavioral response. Continual testing since 2011 shows that the changes we make appear to be permanent and there is no evidence of symptom substitution. If it has a ‘downside’, it’s that it seems too easy and therefore ‘too good to be true’, as the effectiveness and efficiency reported by therapists and clients are so far unanimously positive.

What Our Clients Say

I’ve so enjoyed working with you!

Ron, I have so enjoyed working with you with hypnosis. Your work is very powerful and feels lasting.  I appreciate the work you put into planning our sessions so they are personalized to my needs!  Thanks so much!

Ron is an amazing and gifted hypnotherapist. He is knowledgeable, empathic, and intuitive and connects emotionally right away.
I felt very supported and understood by Ron and I am happy to say that with his support, my improved self-confidence, faith and a positive outlook are the benefits of hypnosis and inspiration for me in creating a new beginning in life. Thank you Ron, I really believe you were put in my life for a reason.

Never could have done it without Ron!

Ron has been an absolute joy to work with. When I came in with my problems, he was open minded and extremely positive, helping me on the road to my recovery. With his help and 3 hypno sessions later, I have managed to overcome my bad habits and have begun a happier, more open and increasingly fantastic lifestyle!

Went to Ron for Hypno-Band Hypnosis. That’s the process of going through like a Gastric-Bypass, except just in your mind. It’s the less invasive method to surgery. Since I’ve been obese my whole life, I was thinking of surgery for myself, but didn’t like all the awful side-effects I was seeing my friends endure (IBS, malnutrition, intestinal issues, etc.). Since having hypno-band, I’ve become a Vegan (NEVER would have thought I could give up meat, let alone cheese!), stay away from sugar and carbs and have started a healthy exercise regime! I’m so pleased with how effortless this has all been and am ecstatic to have found this company. You won’t find a more generous team–Tamara and Ron go above and beyond for my success and they really care!

1) How do I know I can be hypnotized?
Almost everyone can be hypnotized. The very few exceptions are people under the influence of drugs or alcohol and the severely mentally challenged. Such people may not be able to concentrate and follow directions. If you have ever driven on the highway and passed your exit without realizing it, you are an excellent candidate for hypnosis.
2) Will I do tricks or quack like a duck?
NO! That type of entertainment “hypnosis” is strictly designed for shows and movies. The hypnotic techniques used in our sessions are serious and designed to effectively change your habits to make a new you.
3) Will I know what is happening during hypnosis?
Yes, you will know. You will be conscious, aware and in control at all times. But you will be in a relaxed, pleasant state of concentrated hypnosis that directly affects your subconscious and conscious minds. You will remember all that has occurred after hypnosis and feel relaxed, refreshed and alert.
4) If I am skeptical and strong-willed, can I still be hypnotized?
Most definitely, yes. It is always better to engage with a positive attitude, but the hypnotic techniques used to help you have convinced even our most critical skeptics of their effectiveness.
5) How does hypnosis work?
Hypnosis is designed to eliminate negative habits or reactions. This could be impulsive/compulsive eating, smoking, fears and phobias, anxiety, etc. The suggestions given during hypnosis puts in place specific positive behaviors that allow you to make the changes you want to have in your life.
6) What things do you do hypnosis for?
Most situations can benefit from hypnosis. Building self-confidence for any task; dementia related anxiety can be soothed; habits can be overcome by empowerment; changing emotions related to early life experiences. Hypnosis is YOU changing YOUR mind's program to what you choose rather than old programming controlling your behaviors.
Top